This was my first book/novel/audiobook by Sue Townsend and I enjoyed it quite well. I’ll have to check out her other work when I get a chance between my regular true crime reads and memoirs. This one is about a fifty-year-old mom, Eva Beaver, who, after her twins leave for university decides she needs to take to her bed for a serious think. She wants to really figure out who she is, and what’s next now. As you might imagine, those around her aren’t too thrilled or supportive, but she’s as serious as it gets.

The narrator, Caroline Quentin, did a fantastic job on this I felt, which made it all the more enjoyable for me. I’m rather sensitive to voices and they can make or break a story so easily. It’s hard to imagine anyone doing this better now.

This book really had divided reviews for some reason. Quite a few people read it and didn’t like it. I guess it hit a hot button in them somehow. Which seems kind of strange, considering the book won some awards. And all of the people who read it and liked/loved it. I always find that interesting and wonder what there was about it that divided people. 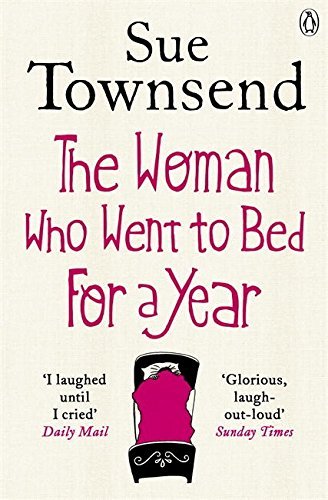 The Author-   Susan Lillian “Sue” Townsend is a British novelist, best known as the author of the Adrian Mole series of books. Her writing tends to combine comedy with social commentary, though she has written purely dramatic works as well. She suffered from diabetes for many years, as a result of which she was registered blind in 2001, and has woven this theme into her work.

Reading In the Garden
Raggie Writes

The Broken Inside of Me

Secrets, Betrayal, Romance & Love, combined are the pieces of me

Nourish Your Body. Nurture Your Mind. Inspire Your Soul

Your Brain is a Radio that Does What its Told

Musings and books from a grunty overthinker

Philosophy is all about being curious, asking basic questions. And it can be fun!

A guide for teachers tackling the professional world of Education.

BOISE MURDERINO
Movin' it with Michelle

All about art and literature

A place to discuss true crime and horror

Vers Libre: the voice of the coolest breeze

View from the Back

The ramblings of a retiree who cycles and cooks in France

Amanja Reads Too Much

comics, nonfiction, everything in between

Fashion and inspiration for a stylish lifestyle. Based in Westchester County and New York City.

A girl travelling around the world on a motorcycle.

My Walk With God