She’s So Cold: Murder, Accusations and the System that Devastated a Family

This is a book on a fascinating subject that comes up from time to time, about false confessions being pressured from people by police. They are especially found in cases where there is a lot of pressure to solve a case in the community, or often when there are suspects that are juveniles or those who are mentally challenged. This story revolves around the murder of 12-year-old Stephanie Crowe, who is found on a winter morning in January, 1998 on her bedroom floor, having been stabbed and left to die. It’s such a sad case which is compounded when the police use lies and psychological trickery to get three 14-year-old boys to confess to the murder, including her own brother, Michael.

The author was a defense attorney for one of the boys, Aaron Hauser, in the Stephanie Crowe murder trial. McInnis got a first hand look at the problems inherent with young defendants being interrogated by police without a parent or legal representative when there is an admission of guilt, or a confession of any kind that they may have been pressured into by psychologicai means. These false confessions are far from rare. Which is partly why McInnis got involved, and proposed a new Children’s Miranda Rights Warning and a Bill of Rights for Children who are being questioned as suspects. The proposals need to be adopted to prevent future false confessions from children.

This was an enlightening book that would be good for true crime readers, and those interested in police procedure and the law. Advance electronic review copy was provided by NetGalley, author Donald E McInnis, and the publisher.

The Author- Donald E. McInnis is a California criminal defense attorney, and he represented one of the three accused boys, Aaron Houser, in the Stephanie Crowe murder case. Over the span of his 40-year legal career, Mr. McInnis has worked alternately for the prosecution and for the defense, having served as a deputy district attorney for two California counties and as a deputy public defender for one California county during his early professional years. 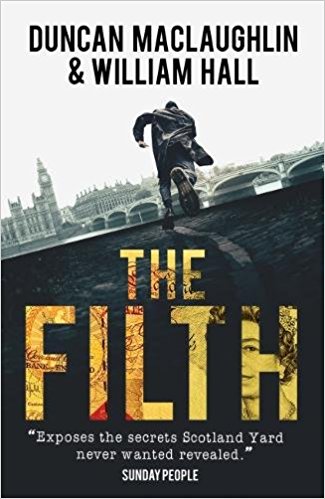 This was a very enjoyable and informative read about a boy who grows up wanting to be a Metropolitan cop with an eye towards becoming an elite detective with Scotland Yard. It follows along his journey, first showing how his father was a shining example for him, being a medic and green beret in the royal marines who helped guide his path. He applied and was accepted at age 16 for training to be a Met cop. His only disappointment was that he had to spend an extra year doing schoolwork to take that path. He wasn’t all that fond of schoolwork and really wanted to get on with real life stuff, but if that’s what he had to do, he guessed he’d have to put up with it. He did well and became the youngest new copper. He was assigned an experienced partner to show him the ropes for 2 weeks, then he was on his own walking a beat. Plenty of drinking involved after work, it seems. He had the usual car accidents, treed cats, and other calls to attend, and more than does his part. Next he moves on to undercover work and this ends Part One.

Part Two is his big move up when he passes his exam and into the big time, CID also known as The Filth. This is when he becomes a detective and works on more serious cases such as murders, drugs, kidnappings. He also goes for more specialized types of training, working his way up the ladder at Scotland Yard. Overall, it’s an entertaining read about his time in their service, and I think most would find it enjoyable for this kind of book. I don’t think he gives away any earth-shattering insider info, as he wouldn’t be allowed to for security reasons, but it doesn’t take away from the readability of it 🙂 My thanks for the advance electronic copy provided by Netgalley, authors Duncan MacLaughlin & William Hall, and the publisher for a fair review. 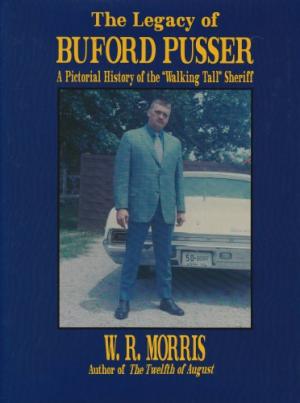 This is a special limited edition 1st printing from 1994 version that I just sold that I re-read this weekend before packing it up to ship it out. It’s got great rare pictures of Buford Pusser and around his story. It’s the only one I can even find from 1994, the rest I’ve seen online are from 1995 and 1997. I’ve only seen one other from this year that a bookstore owner was selling.

It’s a great book but it’s time to share it with another collector now. It also gives a good background of much of the story of Buford Pusser and how he ended up being Sheriff and going up against the State Line gang/mob and cleaning up the county of crime. Morris wrote quite a few books about Pusser, and many are familiar with the movies “Walking Tall” that one of the books was turned into long ago, and which was updated with a more current star, Dwayne Johnson more than a decade ago in 2004. An awesome true story of a guy who was lost too soon.

Tranquil notions, melange of sterile musings & a pinch of salt

A gateway to deep insights and short aphorisms

A blog of comfort during unpredictable times

I speak my heart out.

happiness is reading books in bed

Book reviews and previews from an avid reader!

Chapters of my life

How To Prioritize Yourself—a smart path to life and love.